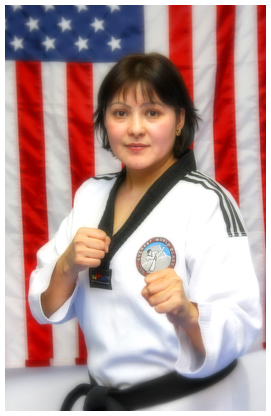 Master Kalpana has over 25 years of Taekwondo Martial Arts training and over 20 years experience teaching Martial Arts to students of all ages. Master Kalpana is a 5th Degree Black Belt and she is a certified International Master from World Taekwondo Headquarters and certified National Referee Kyorugi (Sparring) and a certified National Referee Poomsae (Form).
Master Kalpana was a National Team member in Nepal from 1998 to 2006 and Six time National Champion. In 1999 she began working as a professional taekwondo Instructor in Nepal until she moved with her family to the United States and started working as a Taekwondo Master at HK Lee Academy of Taekwondo in Northern Virginia from 2010 to 2014.

Currently, Master Kalpana is Program Director and Master Instructor at Everest World Class Taekwondo Academy. She is also recognized as one of the best Taekwondo Martial Arts competitors, Coach and Referee as well.

⭐⭐⭐⭐⭐
My son’s have been attending for a month and I love it! Super excited I found this location. Very skilled instructors. – sean Caillet (Google Review)